Before talking about the sleep apnea we need to learn the early stage of it, that is “snoring”.

While we are sleeping, turbulent airflow can cause the tissues of the palate (roof of the mouth) and throat to vibrate, and produce a snoring sound. Easy speaking, snoring is a sound resulting from turbulent airflow that causes tissues to vibrate during sleep.

Snoring happens when you can’t move air freely through your nose and throat during sleep. This makes the surrounding tissues vibrate, which produces the familiar snoring sound. People who snore often most likely to have too much (or “floppy”) nasal and throat tissue that is more prone to vibrate. The position of your tongue can also get in the way of smooth breathing.

Snoring may occur nightly or intermittently. Snoring usually becomes more serious as people age. It can cause disruptions to your own sleep and your bed-partner’s sleep. Persons most at risk are males and those who are overweight, but snoring is a problem of both genders, although it is possible that women do not present with this complaint as frequently as men.

Snoring can lead to fragmented and un-refreshing sleep which translates into poor daytime function (tiredness and sleepiness). The two most common adverse health effects that are believed to be casually linked to snoring are daytime dysfunction and heart disease. About one-half of people who snore loudly have “obstructive sleep apnea” (OSA).

Contents hide
1 What is Sleep Apnea?
2 Is it just snoring or sleep apnea?
3 Treatment for Sleep Apnea –  CPAP Machine

What is Sleep Apnea?

Snoring is the early stage and can be seen as a sign of sleep apnea. People who have loud snoring tend to have a sleep apnea. When your throat tissue is starting to collapse, it will vibrate and produce snoring sound. Once this tissue collapsed and blocked your airway completely, we call this event an “Obstructive Sleep Apnea” (OSA) or just “Sleep Apnea” in short term.

Sleep apnea is a potentially serious sleep disorder in which breathing repeatedly stops and starts. You may have sleep apnea if you snore loudly, and you feel tired even after a full night’s sleep.

Is it just snoring or sleep apnea?

Snoring could indicate sleep apnea, a potentially life-threatening condition that requires medical attention. Sleep apnea is a breathing obstruction, causing the sleeper to keep waking up to begin breathing again. Normal snoring doesn’t interfere with the quality of your sleep as much as sleep apnea, so if you’re suffering from extreme fatigue and sleepiness during the day, your problem may be more than just snoring.

Here are some health problems you might face if you have OSA:

If you already have it, sleep apnea can make it worse. When you wake up often during the night, your body gets stressed. That makes your hormone systems go into overdrive, which boosts your blood pressure levels. Also, the level of oxygen in your blood drops when you can’t breathe well, which may add to the problem.

People with OSA are more likely to have heart attacks. The causes may be low oxygen or the stress of waking up often. Strokes and atrial fibrillation, fluttering heartbeat are also linked with the condition.

Sleep apnea is common among people with this condition — 80% or more of them may have OSA.

There’s no proof that sleep apnea causes this kind of heartburn, but many people say it’s a problem. Treating it seems to improve apnea symptoms for some people, sleep doctors say.

Science hasn’t proven a link to OSA, but people who get sleep apnea treatment may find they have fewer asthma attacks.

When you feel groggy, you raise your risk of falling asleep at the wheel. People with sleep apnea are up to five times more likely than normal sleepers to have traffic accidents.

Your doctor may recommend a device called CPAP (Continuous Positive Airway Pressure). The machine, with a mask attached by a hose, can help you breathe better at night and get the rest you need. It can take some getting used to, but people who use it when they sleep feel better and are healthier.

There are other treatments as well, such as oral appliances, nerve stimulators to keep your airways open, and several types of surgery. Talk to your doctor about which option is most likely to help you feel better and avoid other health problems. 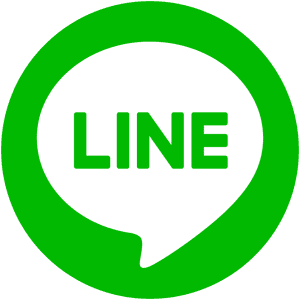